CBD Basics
An introduction to Cannabidiol 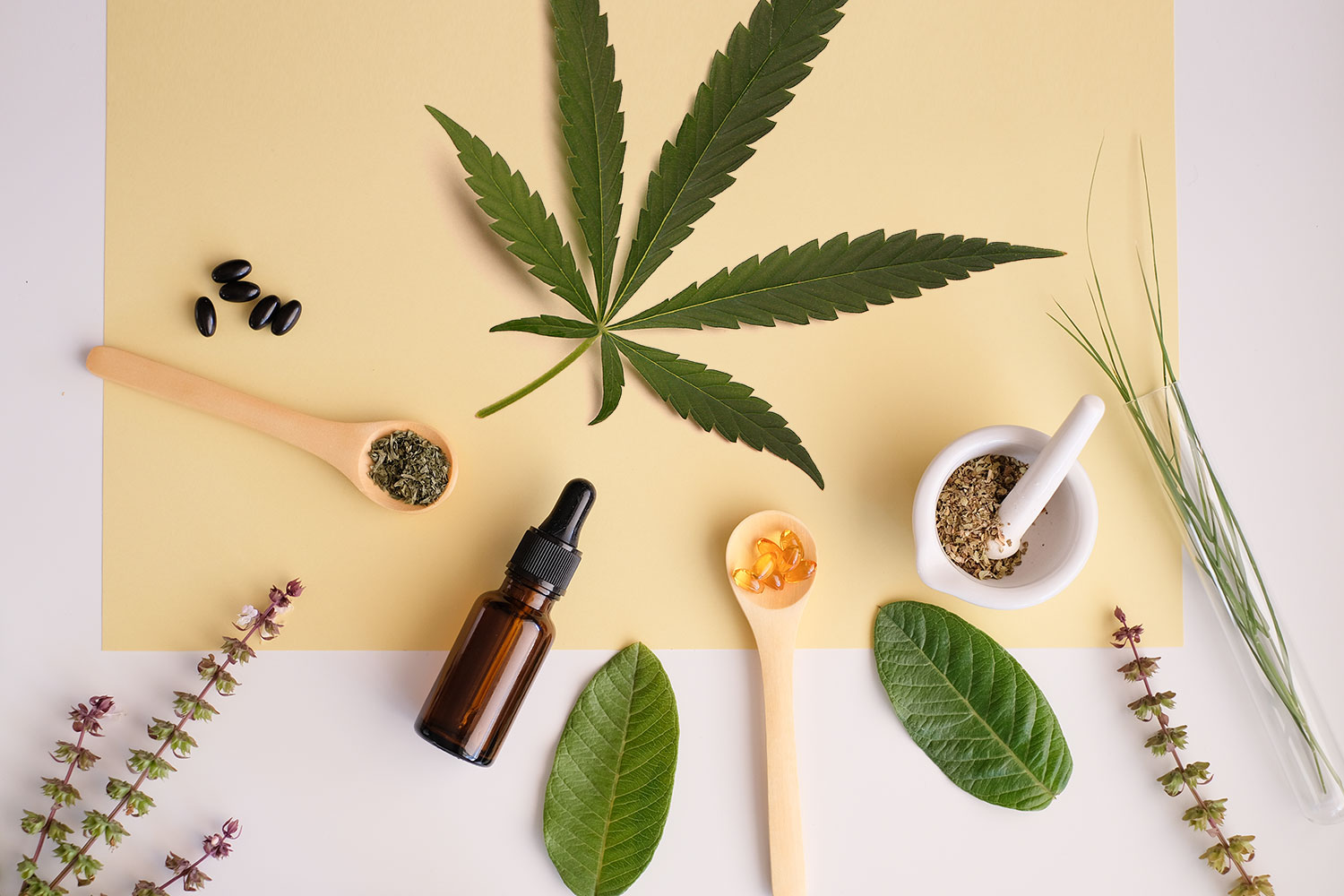 CBD is fast becoming a popular treatment option for a wide range of ailments and lifestyle needs. But what is CBD? How does it work? And is it just a fad, or the natural and revolutionary therapy that so many are claiming?

CBD stands for cannabidiol (can-uh-bid-EYE-all), one of the naturally occurring chemical compounds found in the flower, leaves, and other parts of the cannabis plant. Cannabis has been used as a medicinal herb for thousands of years — by ancient Greeks, Chinese, Egyptians, Persians, Romans, and others — for conditions ranging from pain and nausea to parasites. Queen Victoria reportedly used cannabis to treat menstrual cramps. American presidents Washington and Jefferson grew hemp, a variety of cannabis. Did they harvest the flowers for medicinal or recreational purposes? We don’t know.

"...in the late twentieth century, governments began to recognize that the therapeutic benefits of CBD could far outweigh any risks."

After the United States outlawed cannabis in the early twentieth century, marijuana growers catering to a vast, illegal market cultivated plants with high levels of THC (and low CBD) for recreational users.

Laboratory tests on animals had long suggested that CBD could reduce anxiety and lessen the frequency and severity of seizures, among many other things. Finally, in the late twentieth century, governments began to recognize that the therapeutic benefits of CBD could far outweigh any risks. Unlike THC, CBD does not make a user feel “stoned" or intoxicated. In fact, it was found, when used together, CBD works as a counterbalance, lessening the buzz that THC can induce.

The Endocannabinoid System in Our Bodies

In the 1980s and 1990s, federally funded researchers studying the effects of marijuana discovered that humans (as well as all mammals and many other forms of life) have a previously undetected molecular signaling system that responds to THC and CBD. Perhaps it shouldn’t have been a surprise. After all, scientists had similarly stumbled across the existence of endorphins in the 1970s while studying the effects of opium. The marijuana researchers called their new finding the Endocannabinoid System (ECS), after the plant that led to its discovery.

Further research into the ECS showed that humans have series of neurotransmitters and naturally occurring compounds in our bodies that act a lot like THC and CBD to help regulate a broad range of biological functions. They discovered receptors that fit lock-and-key with CBD in nearly every internal organ, the bones, blood vessels, reproductive organs, lymph cells and endocrine glands. The excitement about the potential of CBD grew as researchers found that – although not yet fully understood – this powerful molecule could enhance important processes throughout the human body.

Because the Endocannabinoid System is dispersed into so many areas of the body, a number of experts have already called it a central component of health and healing. The ECS is often referred to as the body’s own “internal cannabis system,” helping to regulate things like pain, our response to stress, inflammation, and sleep. With thousands of studies either completed or in process, scientists are also investigating CBD’s promising ability to mediate or enhance our immune systems, neurogenesis (the production of new brain cells), apoptosis (programmed cell death), and psychological behavior.

It may take years for clinical testing to prove the efficacy of CBD for specific health conditions, but many health practitioners and patients alike are turning to cannabinoids as a natural alternative to pharmaceuticals, which often come with debilitating side effects and concerns about long-term use. And the anecdotal evidence is reason for optimism on a number of health fronts.

Increasingly users report a sense of calm after taking CBD, as well as a reduction in the “fight or flight” impulse that is common among those suffering from chronic pain. Other common uses of CBD include relief for depression, nausea, and digestive disorders.

With the U.S. government and private companies sponsoring increasing numbers of studies, CBD is being investigated for its potential to help treat a long list of illnesses.

Scientists are also excited about the potential of CBD’s demonstrated neuroprotective effects, including the possibility that it could help thwart the progress of the most aggressive form of brain cancer, glioblastoma. Its usefulness in other cancers is currently being investigated.

The Law Is (Slowly) Coming Around

The demand for CBD oil has driven policy shifts in the United States. Hemp cultivation was re-legalized federally as part of the 2018 Farm Bill, making it easier for growers to bring CBD-rich products to market. But laws governing the marketing of marijuana products have been left to the states.

Most states have legalized the sale of CBD oil for all uses (the exceptions are Idaho, Nebraska, and South Dakota, where CBD is not permitted). Both marijuana and CBD are legal for medicinal and recreational uses in Alaska, California, Colorado, Maine, Massachusetts, Michigan, Nevada, Oregon, Vermont, Washington, and Washington, DC, and 23 states have legalized the medical use of marijuana.

As CBD oil has become easier to find, it has also been poorly regulated. A lack of standardized quality control means that you may find CBD oil products that contain solvent residues, artificial additives, or other contaminants. The good news is that there are -many- reputable brands that take great care in their production methods.

It’s important to be a careful consumer. Consider:

•  Consumption: CBD oil can be taken as a tincture or oral spray; by vape pen or inhaler; topicals such as creams or balms; or in a beverage or edibles such as gummies, capsules, or baked goods.

•  Dosing: Depending on the product type you choose, the dosing can vary widely. It’s always best to start small and work your way up to a larger dose, until you achieve the desired effect.

•  Health claims: It’s still not legal for brands to claim their CBD products will address a particular medical issue. If you see a health claim on a CBD label, the brand isn’t following the law and should be avoided.